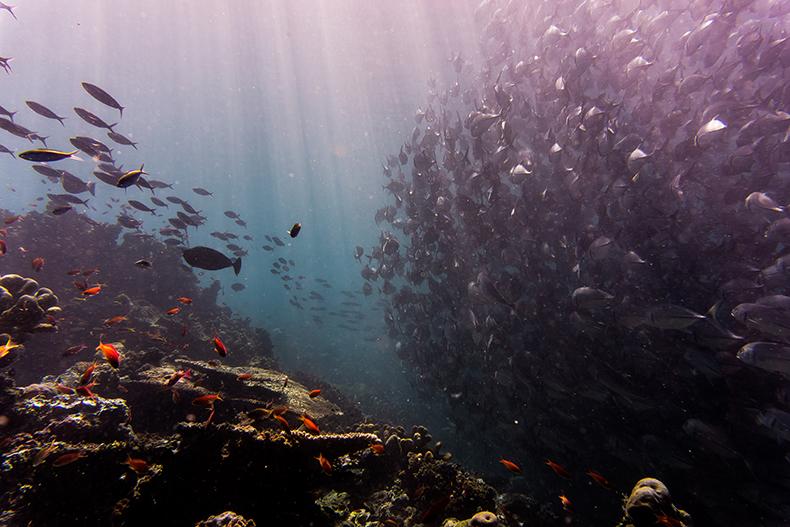 “Having dived with Caz numerous times, the spitfire Brit can stop traffic underwater with all of her excited hand gestures!” One of the guests of Brac Scuba Shack once exclaimed, and they were not wrong.

Caz loves showing guests all of the underwater delights the Brac has to offer, but probably one of the most underestimated is the hamlet – which Caz loves to see.

The barred hamlet is seen on most dives, so whilst pretty, is not such a big deal. The further 10 plus colour variations are something to get excited about.

“So what are they?” We hear you exclaim. Hamlets blend in with most common reef fish and so often get overlooked with the abundance of colour and diversity of other reef fish. If you are diving with Caz however, and she starts pointing frantically and getting very excited at what appears to be a reef fish, it’s probably a hamlet. If you have a camera, this is your opportunity to photograph an elusive and extrememly camera shy creature. If you are not carrying a camera, it’s best just to nod and show some enthusiasm.

Diving on the North Side of Cayman Brac in an area known as Stake Bay is where we see most of the hamlets, although they are seen all over the island waters.